Kindness at the Crazy Horse Cafe 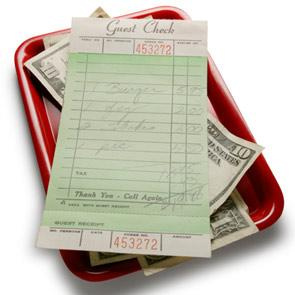 While in Las Vegas recently, my husband Bill and I took time out from preparing my daughter’s house for sale to go to a nice restaurant for dinner. We were seated at a candlelit table covered with a white linen cloth. Our waiter, Tony, was built like a refrigerator and had the presence of a prince. He served us with such grace and care that we left feeling nourished not only in body, but in spirit as well. A couple of days later, after working hard on the house, we asked a local woman where we might find a casual but decent place to eat a late night supper. She sent us to the hole-in-the wall Crazy Horse Café across the street from our hotel. I loved the name, so we went.

As we were being seated, my husband nudged me and said, “Isn’t that Tony, our waiter from the other night, eating with a friend over there?” I found it hard to believe that, in a city of two million people, we would run into the same person twice. But, sure enough, it was him.

We went over to greet Tony and tell him what a marvelous experience we had at his table the other night. He remembered exactly what we had to eat and was delighted that we remembered him. Then, Bill and I sat down at our own table and ordered our dinner. While we were eating, Tony and his friend finished their meal and waved goodbye as they left.

Soon our waitress appeared with a slip of paper we thought was our bill. “Read this,” she said to Bill as she held it in front of his face. In hand printing it said, “Lynn and Bill, I have paid your bill in full. Enjoy. Tony.” It took us a minute to find words for how we felt about this unexpected gift of kindness. Words still don’t adequately express how deeply touched we were.

What I can say is this: Tony changed my life that day. He showed me what it is to be truly touched. His generous gift made me find ways do anonymous kindnesses for others. He reminded me that one individual touching another changes the world. It’s that simple.

Do an anonymous act of kindness every day. You will change the world.

Lynn Baskfield, owner of SpiritDance Coaching, is a New Mexico based equine guided coach and educator doing individual coaching, retreats, and group workshops for spirited midlife women (and older) around the world. She is also conducting a yearlong apprenticeship program in Australia starting March, 2015 for coaches and horse professionals who want to become qualified Equine Guided Coaches. www.equinecoaching.com.