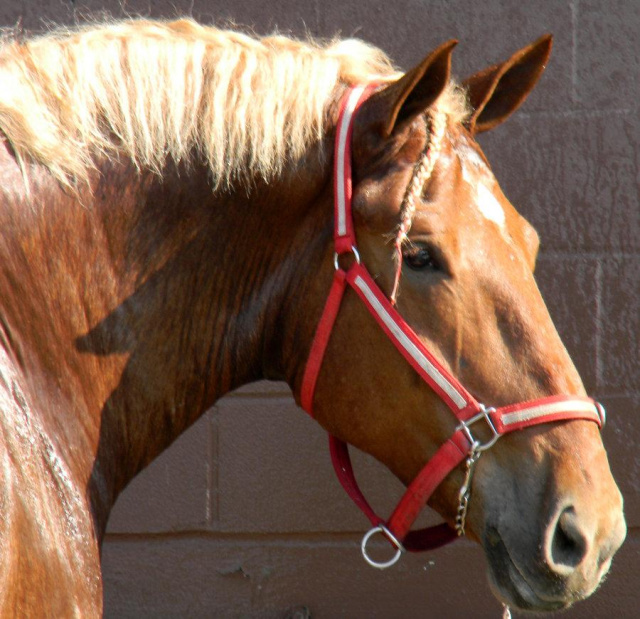 Angie runs a growing event planning business. In order for her events to be successful, she engages sponsors to help defray costs and contribute expertise. When she came out to coach with the horses, she was facing the challenge of finding a big sponsor to partner on a very large event she had in the works.

We walked out into the pasture with two halters. Sparky, a huge Belgian draft horse who stands over six feet tall at the shoulder, came over to check Angie out. She was at once awed by and afraid this gentle giant. She realized she felt the same way about an airline she had identified as a potential sponsor, both awed and afraid.

At my suggestion, Angie spent a little time getting to know Sparky. She looked at him, touched him, let him look at her. When she felt grounded, I asked her to select one of the two halters and put it on Sparky so she could lead him. After some struggle to get the halter on Sparky's head, she noticed that she had chosen the one that was way too small. A big "Aha" came on as she realized that she was metaphorically trying to halter really big sponsors by playing small.

When she traded the small halter for the big one it was easy to put it on. Sparky stood quietly, lowering his head to help her with the task. But the learning didn't stop there. When Angie went to lead him, he wouldn't budge until she got clear about where she was going.

Thanks to Sparky and the coaching he prompted, Angie has “haltered” the airline and other big sponsors for her exciting and now very successful events.